Hit Me Anyone One More Time

Keisuke Kuroda wakes up in a hospital bed unable to remember who he is. While sneaking out of the hospital, he sees a glimpse of the news and realizes that he is the Prime Minister of Japan. His approval rating was the lowest in the history of modern Japan. During a recent speech, a citizen had thrown a rock at him causing him to lose his memory. Keisuke Kuroda’s subordinate takes him to the official residence of the prime minister where he tries to implement changes to the country. The only people aware that he has lost his memory are his three secretaries. 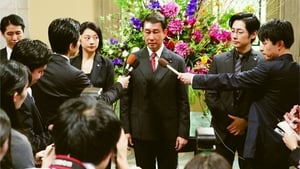